GIF Making rig at Rock in Rio 2015. 6 Canon DSLRs and 6 RPis independently send .mp4s of the generated images to the server. The users could then retrieve their “GIFs” using NFC tags on their wristbands. I was responsible for mechanical design, mechanical fabrication and camera specification in this project. I also worked on the hardware for the energy management systems (the power outlets on the ride would shut down during parts of the ride, so we had to improvise a UPS into it) and sensors for triggering the cameras (accelerometers). 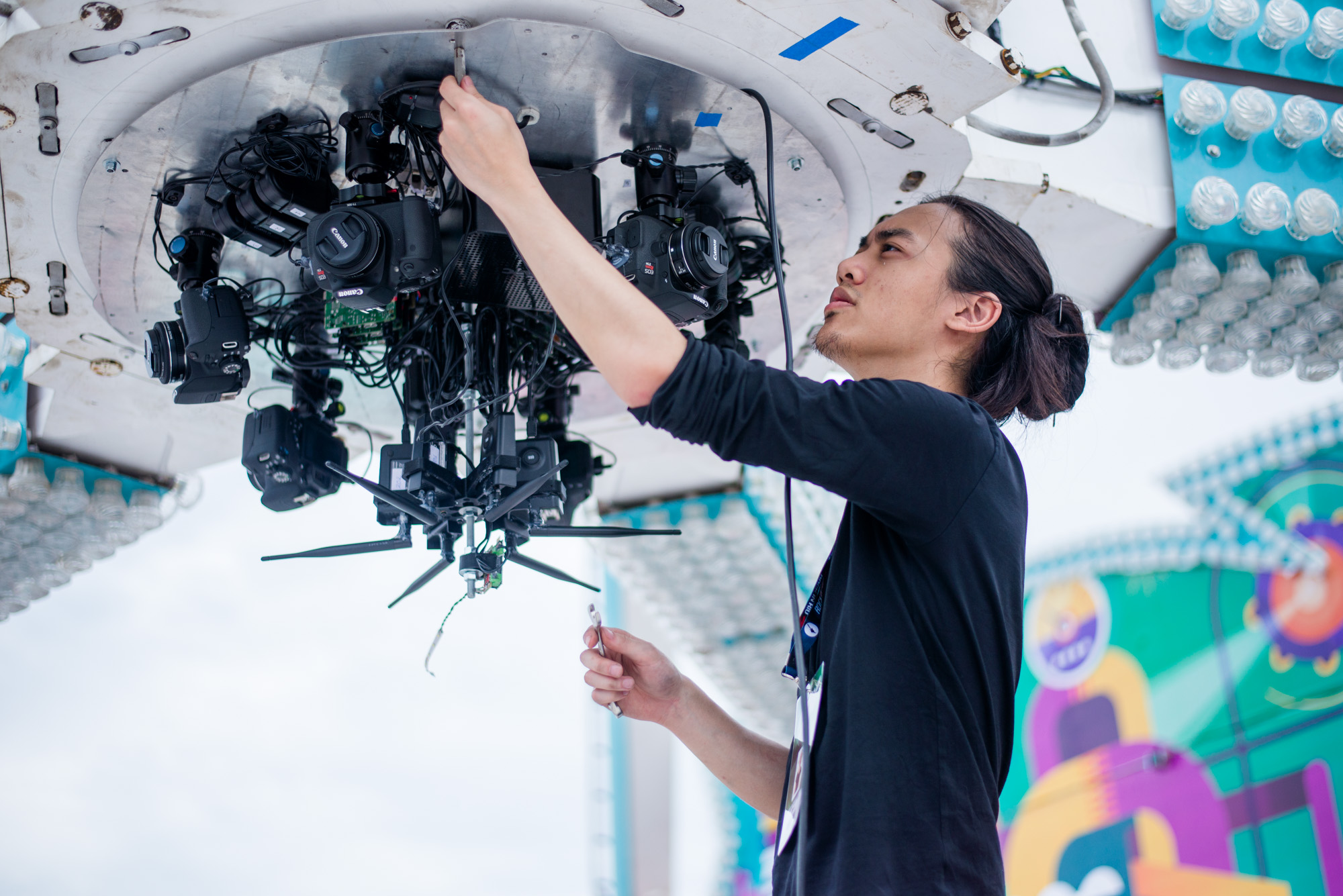 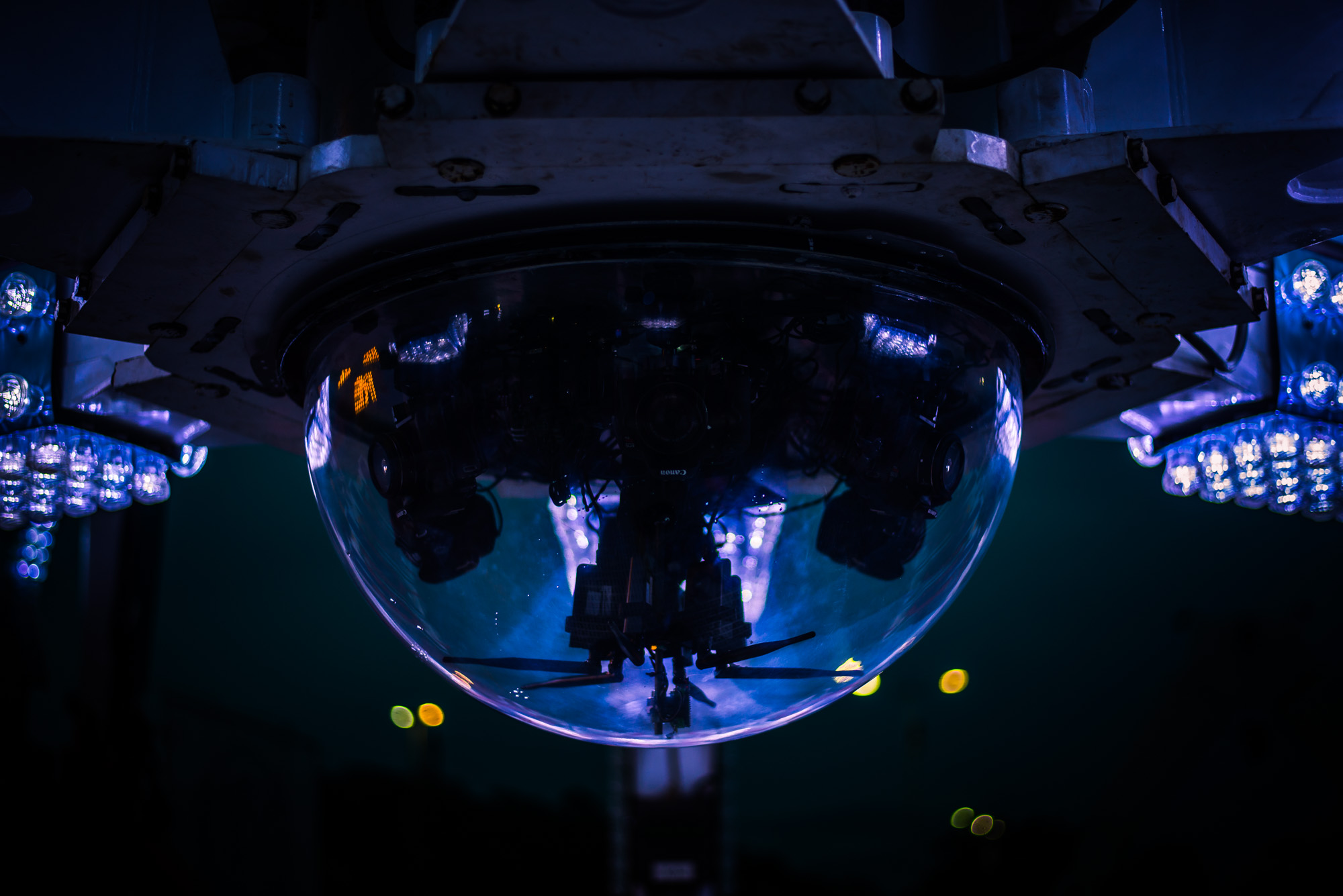 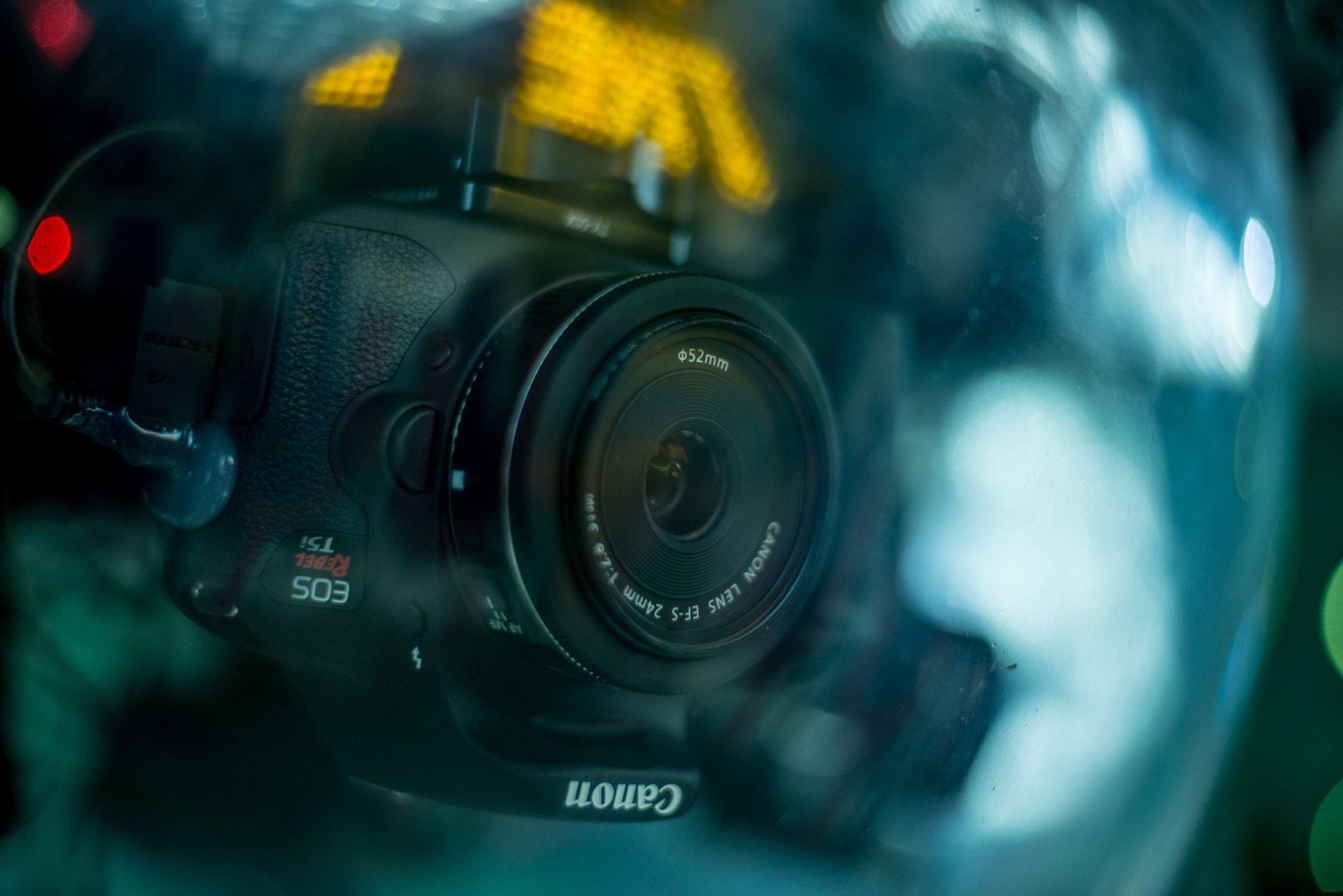 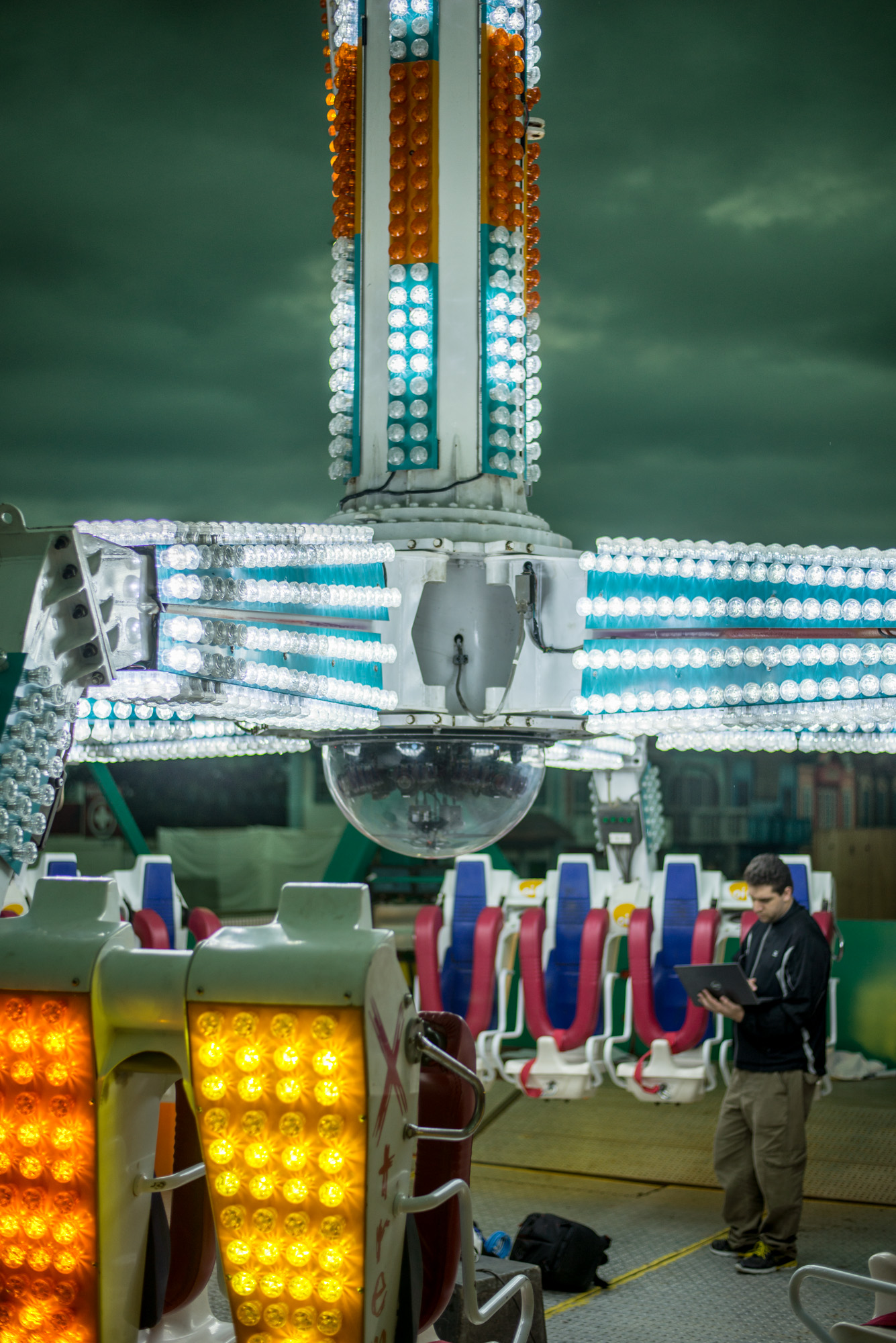 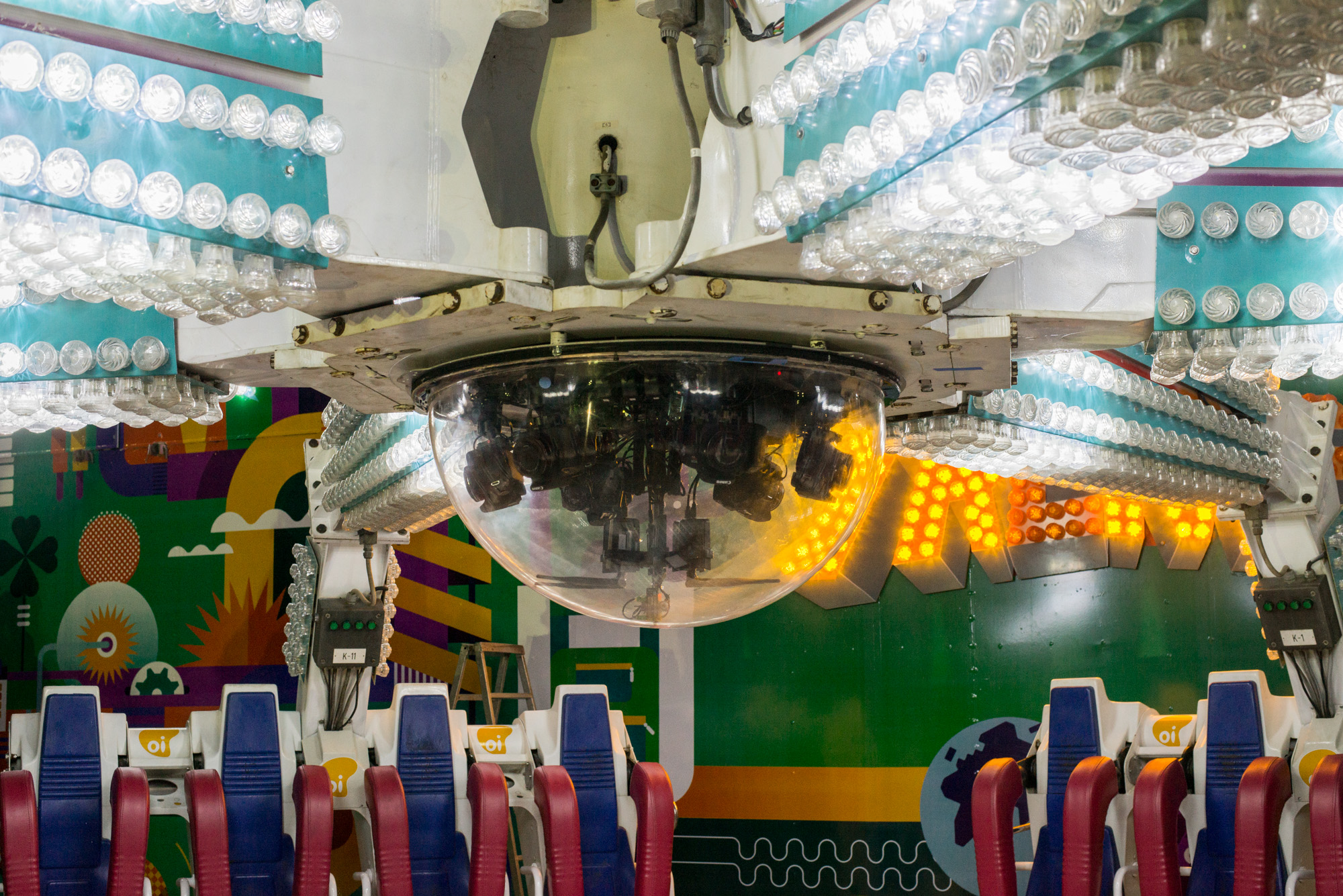 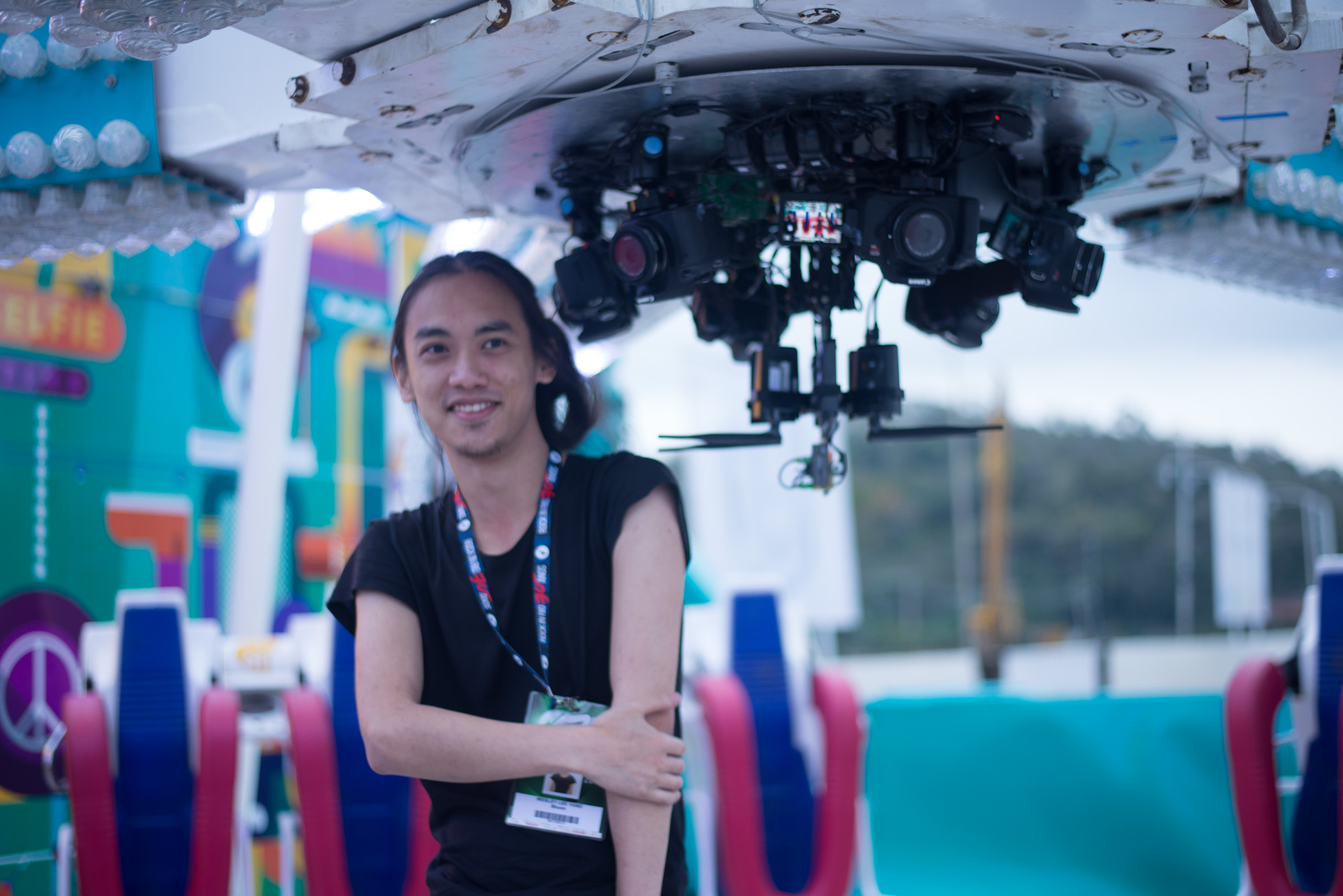 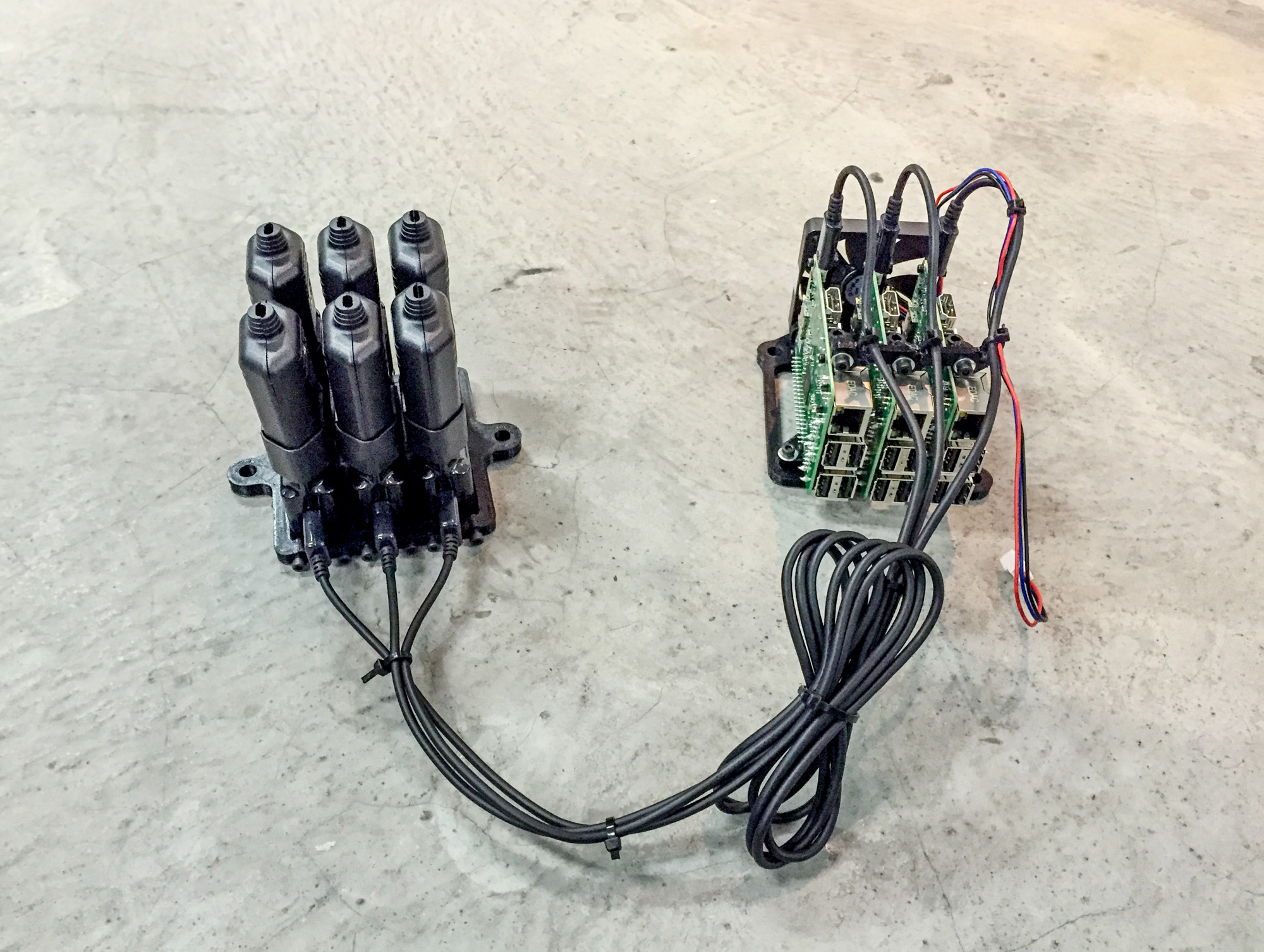 The final plate was a lot smaller. The holes and handles were CNC cut for positioning of the cameras / computers / etc 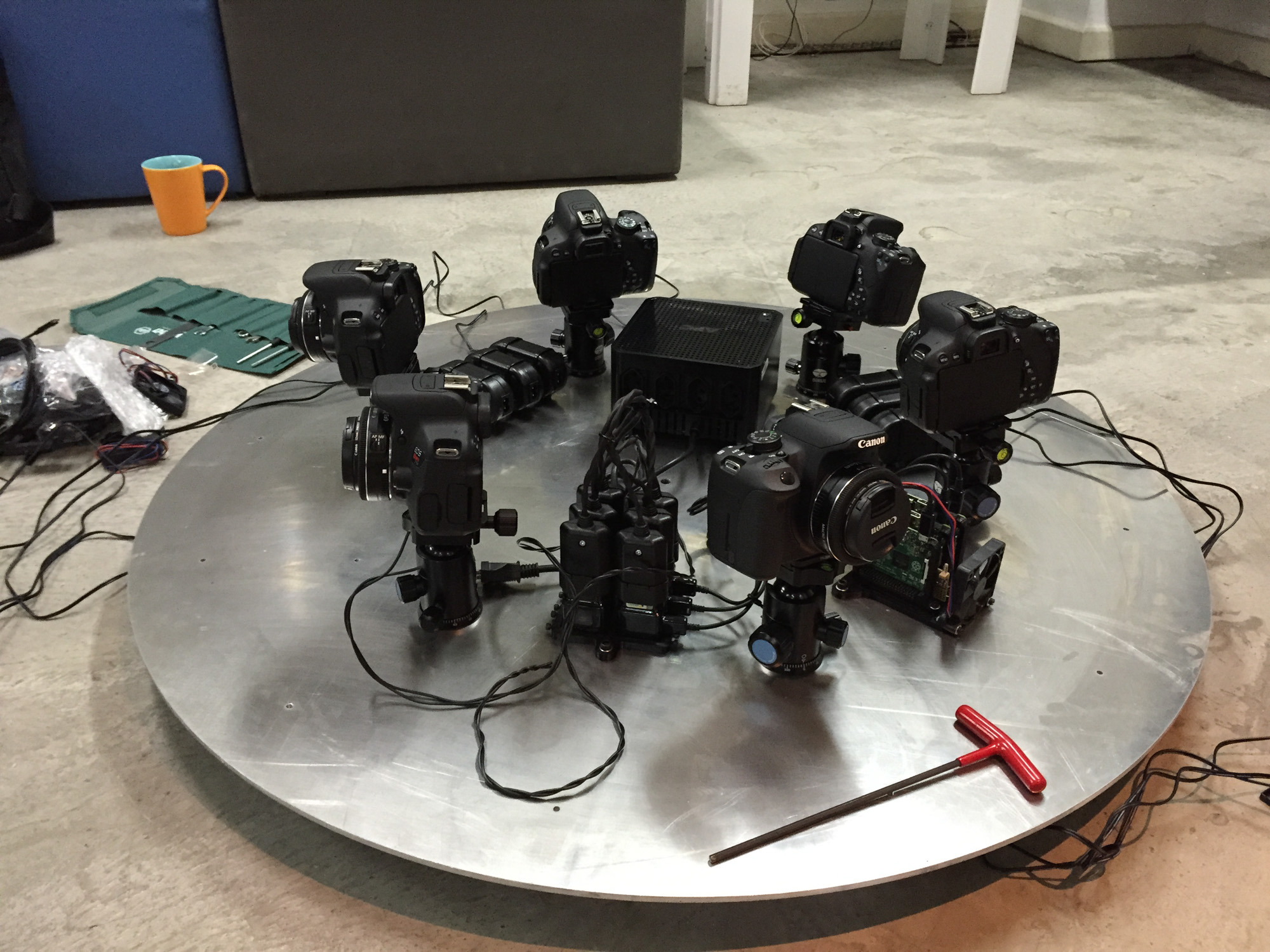 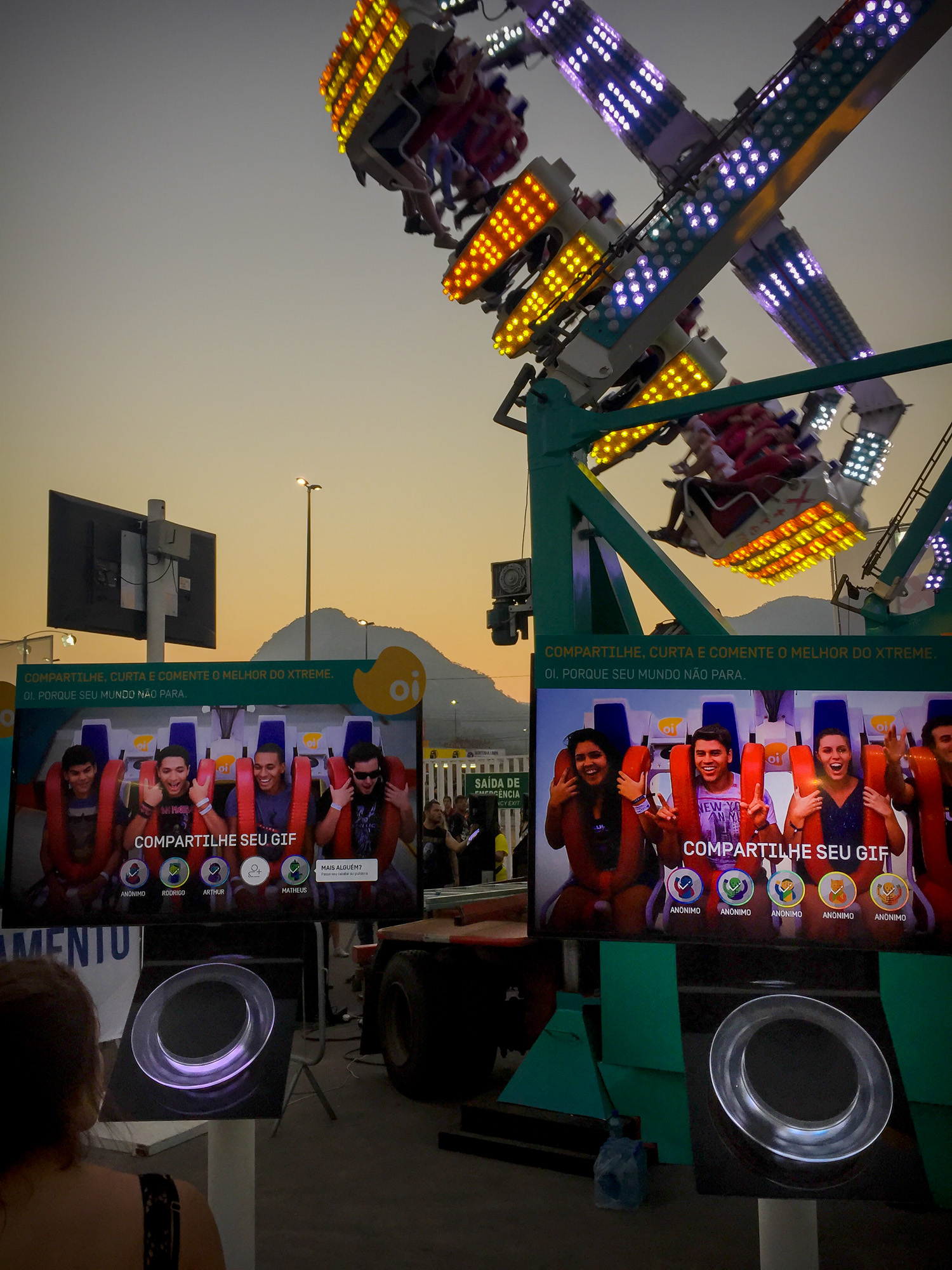